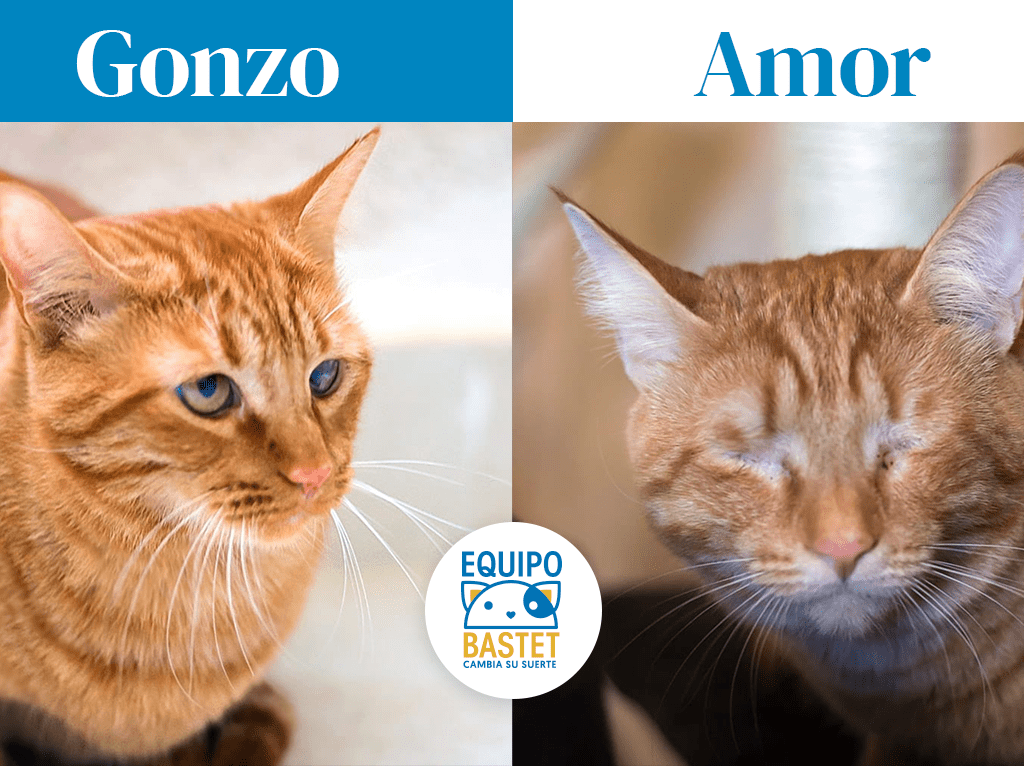 The blond Bastians Amor and Gonzo. Love (blind) and his brother Gonzo, who is missing a little eye but who for a long time was the guide of his brother Love of him.

Both are 4 years old, they told us that they are blood brothers, from the same litter, and that they were rescued with brutal eye infections. So Amor lost both eyes and Gonzo one of them. They have never been separated, and although Gonzo likes to be with other cats too, we understand that it is much easier for Amor to adapt with his brother than alone, so we ask for joint adoption for them.

They are both quite shy, and they mistrust you a little if they don’t know you. But when they recognize your smell and your voice, they let themselves be loved like him more than anything else.

Amor and Gonzo, like their brothers, were rescued from an eviction. They told us that they were leaving an entire family on the street: human, 7 cats and 2 dogs, and that’s how it was when we arrived. They were all in the street, scared, not knowing what was happening.

Both adapt very easily to other cats, with humans they need a little patience. Giving both of them the opportunity to have a real home will be a pure act of love, only for the pure of heart, and that they are able to look beyond.

They are in Murcia, but they could travel to any province with a good family. They are delivered with chip, vaccines, card, dewormed and neutered. 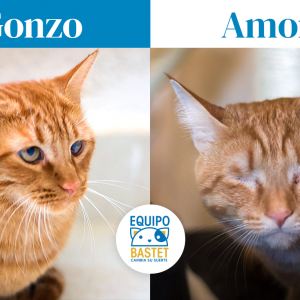 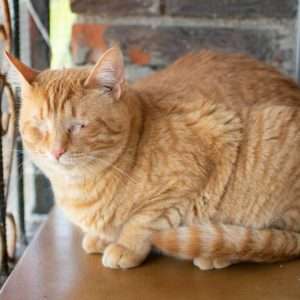 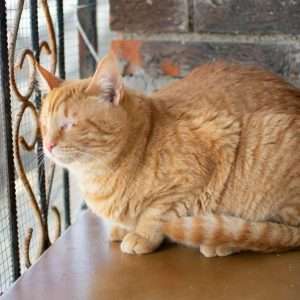 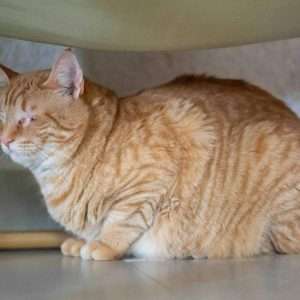 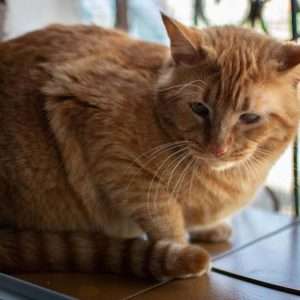 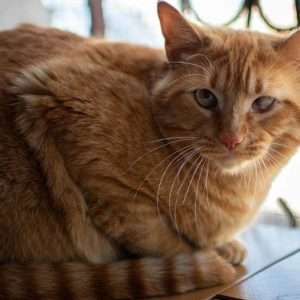 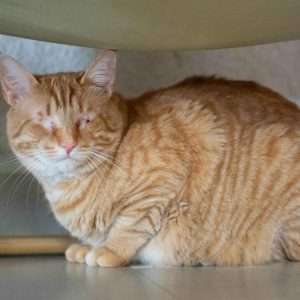 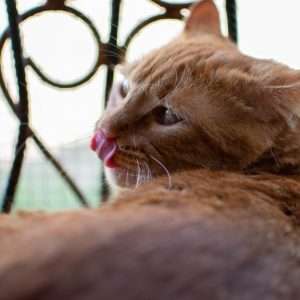 We are Bastet Team, a team of people united for a single purpose: to rescue, recover and deliver animals in situations of abuse and/or abandonment for adoption. Unfortunately, we cannot help everyone who needs it because we are limited in space and economy. Every day we try to improve a little more to be able to help as many as possible, in addition to trying to make society aware of the importance of sterilizing and, of course, not giving up. 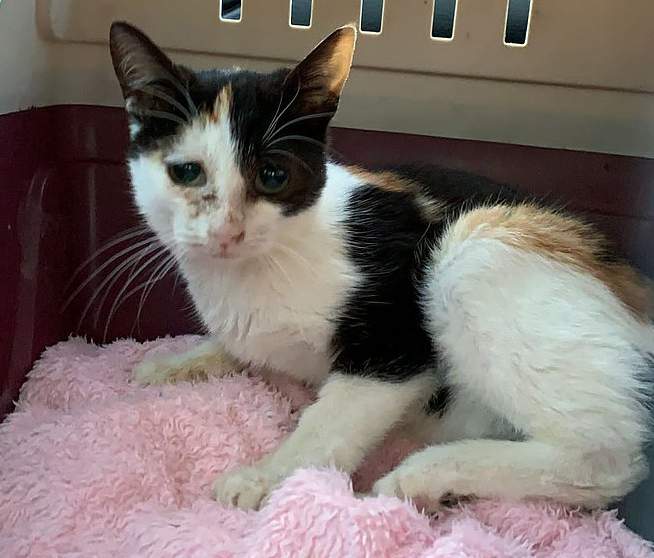 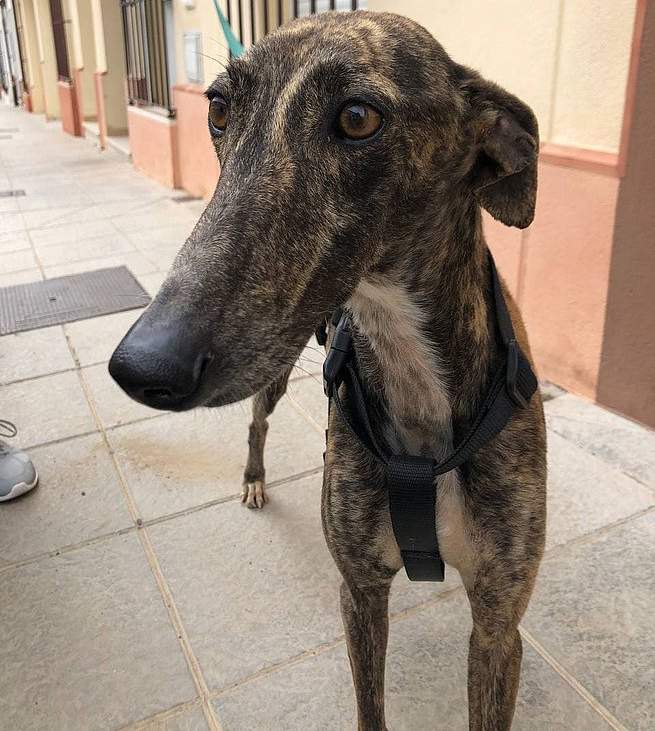 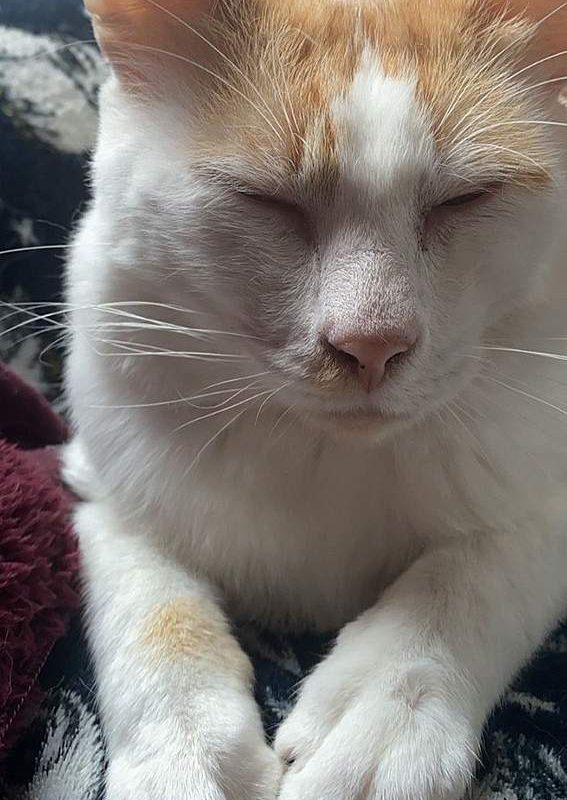 Mutt (Mixed)
Male
Asturias
Menu
Manage cookie consent
To offer the best experiences, we use technologies such as cookies to store and/or access device information. Consent to these technologies will allow us to process data such as browsing behavior or unique identifications on this site. Not consenting or withdrawing consent may negatively affect certain features and functions.
Manage options Manage services Manage vendors Read more about these purposes
Configuration
{title} {title} {title}